With elements of iconic films, BUTTONS: A Christmas Tale comes to theaters for a one-night event.

BUTTONS: A Christmas Tale follows two young, orphaned girls who meet a pair of unexpected visitors (Dick Van Dyke and Dame Angela Lansbury) who turn out to be the children’s guardian angels. The angels’ influence starts the children on a journey that will change their lives forever—and help audiences discover that believing can be the greatest adventure of all.

The production values of BUTTONS: A Christmas Tale are good. The sets and costumes are lovely, with an authentic Victorian feel. The acting by the name actors is strong, while the acting by the other actors is uneven. The film is touted as a musical, but the songs were few and mostly in the scenes with Van Dyke, giving a nod to his role as Burt from Mary Poppins. The script has a heart-warming message of hope and belief with elements reminiscent of It’s a Wonderful Life, Oliver, Annie, and even Les Mis. However, that is also a drawback; it’s as if the filmmaker could not settle on the overall tone and direction for the film and turned it into a hodgepodge of messages and genres.

BUTTONS: A Christmas Tale can be experienced through a special one-night-only Fathom Event on December 17. Tickets are available through the Fathom website.

Exclusive to this special event screening, Paul Greene will host a pre-show Christmas concert, where he will share stories and songs of the holiday season. While Greene is best known for his role as Dr. Carson Shepherd in the Hallmark Channel series When Calls the Heart, many may not realize his musical prowess. A multi-instrumentalist, Greene has an impressive musical career and has even performed at Carnegie Hall.

BUTTONS: A Christmas Tale is rated PG for thematic elements. 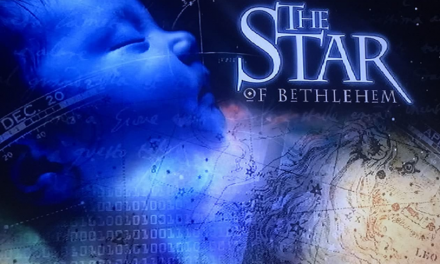