From the woman behind the screenplay and novel, Never the Bride, comes an autobiographical roller coaster of a love story with God. In Finally the Bride (CreateSpace) Cheryl McKay pulls no punches as she shares her own struggles with being single, with age creeping up and with no end in sight to the wait for love and marriage. As romance seemed to pass Cheryl by, she couldn’t help but question: Could God really be trusted to bring her the love of her life?

Paula K. Parker recently conversed with McKay about Finally the Bride, her advice to fellow singles and to their family and friends.

Paula K. Parker: What was the motivation behind writing this book?

Cheryl McKay: During the novelization process of my script to book with Rene Gutteridge, I started to feel God prompting me to write a non-fiction version of my story, sharing of all my years of being single and waiting on Him to do something about the lack of love in my life. He’d asked me to surrender my pen to Him, just like I wrote into Jessie’s story. And the years that followed of waiting on Him included a lot of trials, lessons, and preparation that I felt God wanted me to share in Finally the Bride. It kind of becomes a love story between a girl and her God. And you know every good love story has conflict in addition to joy.

PKP: You shared so much of your own real-life waiting for marriage. That had to be hard.

McKay: Yes, I felt like in order for the book to be relatable to others, it needed to be honest and written as I was going through it. I knew if I ever got married, I’d never want to go back and write it “after the fact”. While some of the journal entries and stories I share are quite personal – and admittedly can be somewhat embarrassing – it was more important to me that I share on a level others going through a similar journey would understand. I wanted other singles to know someone out there gets what they’re going through and they’re not alone.

PKP: You wrote that, while you’re not against online dating services, you don’t believe that is for you. Why?

McKay: Personally, I never wanted to. But that in no way means that it’s a wrong way to connect with someone. Because of my own personal history – which will be shared in my next book, Finally Fearless – I had a policy to not date strangers, or at least people who didn’t know friends in my life, who already knew the guy really well and trusted him. Connecting with people online doesn’t really allow for the strong and reliable personal references about a guy’s character and that he is indeed who he says he is. I know others who’ve tried it and enjoy it or have gotten married because of it. So, I know it works. I just always wanted to feel safer in a dating situation than I would have dating someone I met online. If a woman surrenders her love life to God, she can always ask Him how He feels about it. It could be the vehicle God intends to use. It takes some good discernment.

PKP:There are people who believe in the “I left dating behind” approach to relationships. Where do you stand on that?

McKay: That’s a great question! I think it’s actually funny that Josh Harris had to write a follow up book when he figured out his approach didn’t work once he was ready to actually pursue someone. I think I Kissed Dating Goodbye and its approach can be useful for teenagers or anyone who’s really not interested in marriage yet. Especially these days: who in high school is really looking for their marriage partner? And dating at a young age can build up some serious wounds that can only become baggage later on to deal with either before or unfortunately, sometimes during, a marriage.

Josh wrote Boy Meets Girl for the people who are ready to pursue a marriage candidate. In this case, not courting or dating doesn’t work. I actually went through that second book with a guy I thought I was going to marry but in the process of asking the questions throughout the book, we realized we weren’t compatible. While our relationship didn’t end in marriage, we had to date to figure that out. I actually hope Finally the Bride (and its fictional version, Never the Bride) would encourage young people to wait on God for their love stories. If they are, maybe they won’t be out making a bunch of mistakes that will come back to haunt them later.

You saw in reading my book that I had enough of those “just friends” guys in my life to bring confusion into it. And if all guys “kiss dating goodbye” it may encourage friendships that are too emotionally close with the guy not making it clear if he desires to pursue her. I had five of those friendships, which I say was being caught in the “best friend’s syndrome” web, over the course of seven years. And they brought a great deal of pain into my life. If a guy isn’t clear in his intentions, a girl is left to fill in blanks about what he may be thinking if she’s too afraid to ask directly. And that’s never good. We could, in our minds, be planning a future with a guy who isn’t actually pursuing us.

PKP: What is the biggest challenge you’ve had to face while waiting?

McKay: I would find myself in a place of surrender, only to be reminded of my singleness in ways that really hit me and made me feel much less content. This could include losing single friends who got married, which often included those much younger than me. Maybe I went through a crisis personally, like needing surgery where I wished I had someone obligated to help me. Or when Never the Bride: a novel was released, I found myself having to constantly talk about my singleness and my faith that God was at work, even if there was no tangible evidence in the natural.

PKP: How did you deal with it?

McKay: Well, I’d often journal about it; and many of those entries are found in the book. I’d pray about it, talk to mentors. On bad days, I’d let God know of my “discontentment” over His behavior. (Not a good thing, I know. But I also felt like if God wanted a real relationship with me, I needed the freedom to be honest, even if I was wrong.) I found a lot of meaningful things to do with my life that had nothing to do with my wait for a husband. It was important to me to still “live” and not just “live in waiting.”

PKP: What three pieces of advice would you give those waiting for marriage?

McKay: First, surrender the pen to God. Let Him take care of your love life. This needs to include fostering a relationship with God where you are open to hearing Him speak to you and direct you, because surrendering your story to Him doesn’t mean you won’t have anything to do. You still get to play an active role, in the sense that He may need to get you to the right place at the right time. The right website at the right time. He may need your heart to be open to the right person. If you can’t hear His voice directing you, you could miss what He’s trying to give you.

Second, don’t settle. Especially as your age starts to creep up and you hear that tick of your biological clock. It’s not worth it to end up in a relationship that isn’t good or right, just to make sure it happens “on time” in the way you define on time.

Third, if you do feel God has marriage for you (and that He hasn’t asked of you, like with Paul, that you remain single for the rest of your life) trust that God is at work behind the scenes. He’s not going to show you everything that He’s doing. Try to keep your heart in a place of faith. Fall in love with God, madly and completely, in the process. I have a whole chapter about being in God’s Marriage Boot Camp, which describes how we can love God while waiting, in a way that prepares us best for marriage.

PKP: What advice would you give to their friends and family?

McKay: Don’t push them to do more than they feel led to do. My immediate family was pretty good about it, but some extended family and friends seemed to have a lot of opinions about my lack of a love life. Sometimes, these accusations included me not doing enough to “make it happen.” The worse question you can ask a person, especially if it’s a family visit during a holiday, is, “When are you going to find someone and get married?” You can bet that single person is already pondering that question on their own. And you bringing it up only makes it harder.

If anyone would like to read more about me and my books or movies, they can go to my website, www.purplepenworks.com. There’s a contact page there. I love to hear from people who’ve read my material and share how it affects them. People can get Never the Bride, Finally the Brideand my film, The Ultimate Gift on Amazon.com. 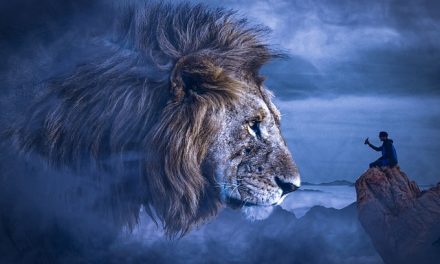 The Secret of the Storms Revealed 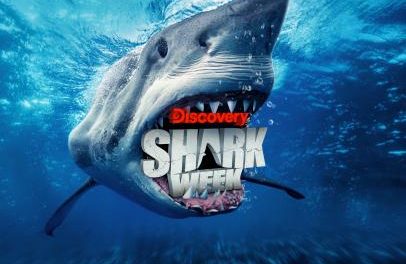